Comic Enterprises Limited (CEL) is the business behind a chain of comedy clubs in the UK, and the registered owner of a British Trade Mark Registration for the logos shown below. 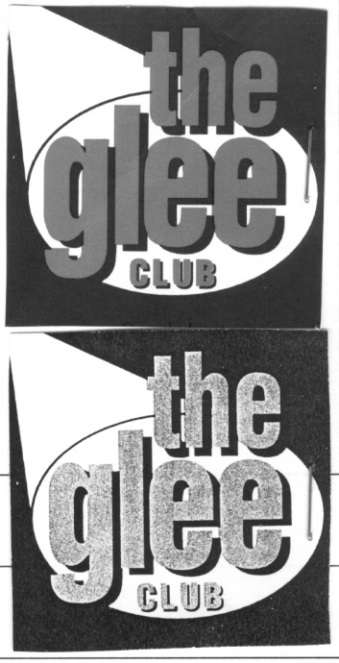 Following the launch of the television series Glee in the United Kingdom, Comic Enterprises took the company behind the show, Twentieth Century Fox Corporation, to court, alleging:

a) that their use of Glee as the name of their programme and in relation to associated merchandise infringed their trade mark registration, and

b) that use of the name Glee in this manner was contrary to the law of ‘passing off’.

In July 2013, Mr Roger Wyand QC found in the High Court that the activities of Fox infringed CEL’s registration, but that Fox were not guilty of ‘passing off’.

Mr Wyand subsequently ruled that CEL were entitled, among other things, to an injunction stopping Fox using Glee as the name of its series, save for saying that the show was previously known as Glee.

Fox appealed to the Court of Appeal against Mr Wyand’s decision that they were liable for infringement, and CEL cross-appealed, arguing that Fox should also have been found liable for “passing off”.  The Court issued its judgement last month, with Kitchen LJ giving the leading judgement, and whilst they were critical of some of the reasoning given by the High Court, they nonetheless reached the same conclusion, finding that CEL’s registration was infringed, but Fox were not liable for passing off.

Section 10(2)(b) of the British Trade Marks Act 1994 (the “Act”) provides that a trade mark is infringed when a similar sign to the registered mark is used in respect of goods/services which are identical or similar to those for which the mark is registered, provided there is a likelihood of confusion on the part of the public.

Fox argued that “wrong way round” confusion can only occur in the case of a defendant with a sign that has an established reputation in the jurisdiction, such that when the average consumer comes across the registered mark, they confuse it with the defendant’s sign.   Fox further argued that if such confusion is to be taken into account when deciding if infringement had occurred, then this would mean that a sign which does not infringe at the time of its launch might be found to infringe later, whereas the relevant date for the assessment of infringement should be the date of the defendant’s launch.  They argued that this would allow a claimant with a growing reputation to bolster a case which would have failed at the date of the defendant’s launch.

Kitchen LJ found that infringement analysis necessarily involves an element of looking forward, the key question being whether there is a likelihood of confusion in light of the defendant’s actual and threatened activities, and that evidence of confusion which comes to light after the date of the defendant’s launch can assist in answering that question.

Kitchen LJ held that whether a particular instance of confusion is “right way round” or “wrong way round” may be nothing more than the consequence of the order in which the consumer happened to come across the mark and the sign.  In both cases the consumer thinks that the relevant goods/services come from the same or economically linked undertakings and they may be equally damaging to the distinctiveness and functions of the mark.  In addition Kitchen LJ considered that “wrong way round” confusion may indicate a risk of “right way round” confusion.

So what can we learn from this case?

Firstly, there is no need for confusion to be “right way round” for there to be infringement under s.10(2) of the Act – it is enough that there is a likelihood of confusion either way round, provided the other criteria for infringement are fulfilled.

This case illustrates the strength of the registered rights that small UK companies may have: the decision that “wrong way round” confusion is relevant as a matter of law and fact in assessing the likelihood of confusion with regard to infringement could become highly relevant for small companies seeking to enforce their rights against larger corporations.

This case also illustrates some of the pros and cons of conducting clearance searches before commencing use: had Fox conducted trade mark searches for “Glee” prior to launching their TV show, these would have been expected to bring up CEL’s registration, allowing Fox to take an informed decision whether to proceed and/or whether to approach CEL to negotiate a co-existence agreement.  In the High Court Mr Wyand QC thought that searches would have been desirable, but would not criticise the decision not to search.  The lack of searches was deemed to make Fox an “Innocent infringer”, which is a fact taken into account when deciding whether to award the claimant the option of seeking an account of profits.  However, Fox being an “innocent infringer” was offset by the continuation of their infringing actions up to and during proceedings.  The first rule of Glee Club?  Do not infringe the IP rights of Glee Club.  The second rule of Glee Club?  Do not continue infringing the IP rights of Glee Club.